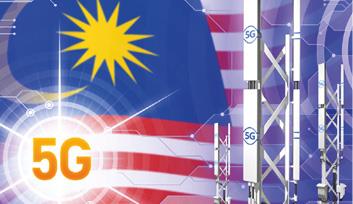 The Malaysian government plans to sell 70% of its stake in 5G agency Digital Nasional Berhad (DNB) by the end of the month, after two mobile operators dropped out of talks on the equity sale in early September.

Maxis Bhd and U Mobile declined to take up stakes in DNB, disrupting the government’s plan to sign agreements with other operators. The country’s government had wanted six of the country’s mobile operators to agree on taking a combined 70% stake in DNB following months of talks. The Maxis Bhd and U Mobile withdrawal is expected to delay Malaysia’s 5G commercial rollout, as the remaining four companies must now consult with management on adjusting their own stakes in DNB. Some shares may now be sold to foreign players instead.

In spite of the delay, DNB remains on target to achieve 80% 5G penetration in populated areas by 2024. However, the country’s plans have been repeatedly delayed since 2021 amid an impasse between DNB and major carriers over pricing and transparency, including concern that a single state-run network could result in a nationalised monopoly. DNB has reportedly said that the country’s communications regulator will adopt stringent public guidelines to ensure fair pricing and a smooth roll-out.