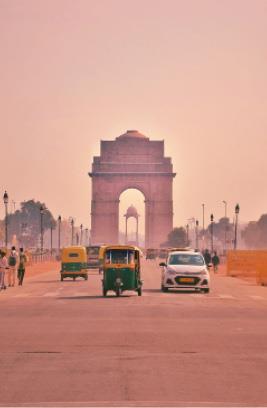 India’s union minister for communications, electronics and information Technology Ashwini Vaishnaw said his country should take lead in the 6G technology so that it can set the direction for the whole world.

Addressing the inaugural session of a Telecom Disputes Settlement and Appellate Tribunal (TDSAT) seminar in the capital New Delhi, Vaishnaw explained how southern Asia’s largest and most populous nation was in a position to be a pioneer when it came to the next-generation technology.

“We have already initiated work on 6G also, as we have made very good progress on 4G, 5G,” he said. “We should take lead in the 6G technology otherwise what’s the point of being called a nation of talents? A talented nation should be thinking in that way where it takes the lead, sets the goal and sets the direction for the whole world.”

He also said that India wants to overhaul the regulatory structure to facilitate the development of technology and interaction with industry as a partner and not as adversaries. Another claim Vaishnaw made is that that the system entangled everybody and some people who did not have sufficiently strong values created a mess which defamed the telecom market in the past.

“Can we have one regulator for the entire digital world?,” he said. “Those kinds of things are happening. We need to really overhaul our entire regulatory set-up in terms of the legal structure, regulatory execution structure, the way that government bodies think, people are trained, the way we interact with the industry-- not as adversaries but as partners. That’s the next big thing that we have to do.”

Vaishnaw added that a consortium of 11 institutions including IIT Chennai, IIT Kanpur, IIT Bombay, IISc Bangalore has created 4G technology in 14 months with expenditure in the region of US$30m, which is a very small fraction of the cost at which dominant players in the telecom sector have created the technology.

Earlier this year, the University of Oulu in Finland said it was collaborating with Jio Estonia, a subsidiary of India’s Jio Platforms to explore digital opportunities in 6G technology. Jio already has an active development program for its 5G RAN and Core Platforms. This collaboration not only extends its 5G capabilities in exploring use cases in the 6G era but also builds India’s presence in the 6G technology race.